Why Americans Should Support BDS?

Inspired by the civil rights and anti-apartheid movements, BDS calls for Palestinian liberation in terms of full equality with Israelis and categorically opposes all forms of racism, including anti-Semitism.
By Omar Barghouti – original article https://www.thenation.com/article/bds-house-resolution-trump-squad-omar-aoc/ 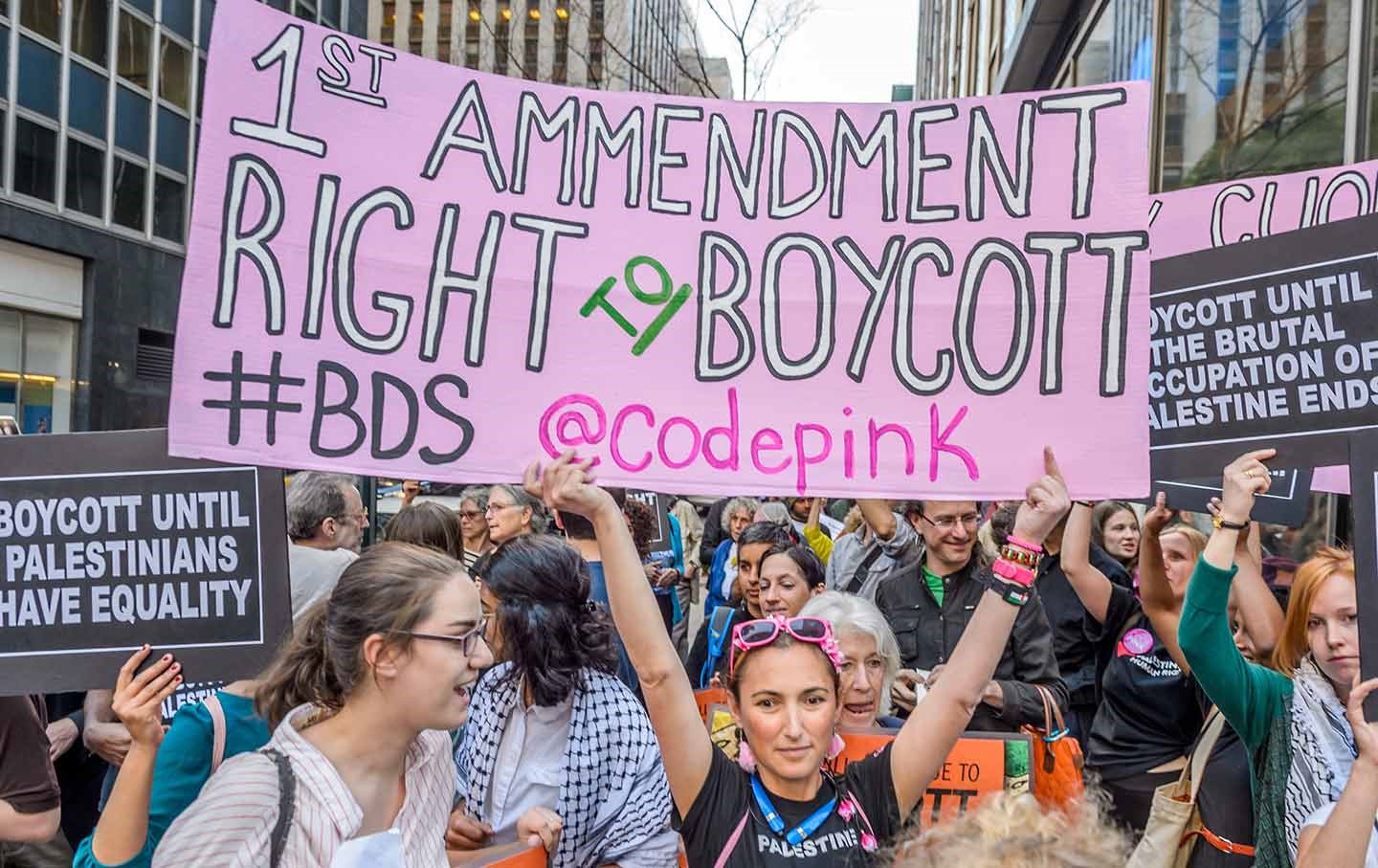 Last Tuesday, the House of Representatives passed a resolution, H.Res, 246, targeting the grassroots, global Boycott, Divestment, and Sanctions (BDS) movement for Palestinian rights that I helped found in 2005. Sadly, H.Res. 246, which fundamentally mischaracterizes our goals and misrepresents my own personal views, is only the latest attempt by Israel’s supporters in Congress to demonize and suppress our peaceful struggle.

H.Res. 246 is a sweeping condemnation of Americans who advocate for Palestinian rights using BDS tactics. It reinforces other unconstitutional anti-boycott measures, including those passed by some 27 state legislatures, that are reminiscent of “McCarthy era tactics,” according to the American Civil Liberties Union. It also exacerbates the oppressive atmosphere that Palestinians and their supporters already face, further chilling speech critical of Israel at a time when President Donald Trump is publicly smearing members of Congress who speak out in support of Palestinian freedom.

In response to H.Res. 246 and similarly repressive legislative measures, House member Ilhan Omar, joined by Rashida Tlaib, civil rights icon John Lewis, and 12 other co-sponsors, introduced H.Res. 496, which defends “the right to participate in boycotts in pursuit of civil and human rights at home and abroad, as protected by the First Amendment to the Constitution.”

Inspired by the US civil rights and South African anti-apartheid movements, BDS calls for ending Israel’s 1967 military occupation, full equality for Palestinian citizens of Israel, and the UN-stipulated right of Palestinian refugees to return to the homeland they were uprooted from.

BDS categorically opposes all forms of racism, including anti-Semitism. Contrary to the false claim in H.Res. 246, BDS does not target individuals, but rather institutions and corporations that are implicated in Israel’s systematic violations of Palestinian human rights.

H.Res. 246 also includes a specific smear against me that has been pushed by Israel lobby groups like AIPAC by quoting a single, out-of-context sentence from a talk I gave in 2013. The same false assertion is repeated in a similar Senate Resolution, S. Res. 120.

In that talk, I advocated for a single democratic state that recognizes and accepts Jewish Israelis as equal citizens and full partners in building and developing a new shared society, free from all colonial subjugation and racial discrimination and separating church and state. Everyone, including repatriated Palestinian refugees, would be entitled to equal rights regardless of ethnic, religious, gender, sexual, or other identities. Any exclusionary, supremacist “Muslim state,” “Christian state,” or “Jewish state,” I argued, would by definition deny equal rights to citizens of different identities and foreclose the possibility of a true democracy, which are conditions for a just and sustainable peace. The House and Senate resolutions, as well as an AIPAC propaganda clip, remove all that context, intentionally distorting my views.

Regardless, this is my personal opinion, not the BDS movement’s position. As a broad and inclusive human rights movement, BDS does not take a position on the ultimate political solution for Palestinians and Israelis. It includes supporters of both two states and a single democratic state with equal rights for all.

As a human rights defender, I am not only subjected to routine vilification by Israel and its anti-Palestinian supporters. I have also been placed under a de facto and “arbitrary travel ban by Israel,” in the words of Amnesty International, including in 2018, when I was prevented from going to Jordan to accompany my late mother during cancer surgery. In 2016, Israel’s intelligence minister threatened me with “targeted civil elimination,” drawing condemnation from Amnesty. And for the first time ever, last April I was banned from entering the United States, missing my daughter’s wedding and a meeting in Congress. Israel is not merely intensifying its decades-old system of military occupation, apartheid, and ethnic cleansing against Palestinians; it is increasingly outsourcing its repressive tactics to the US administration. 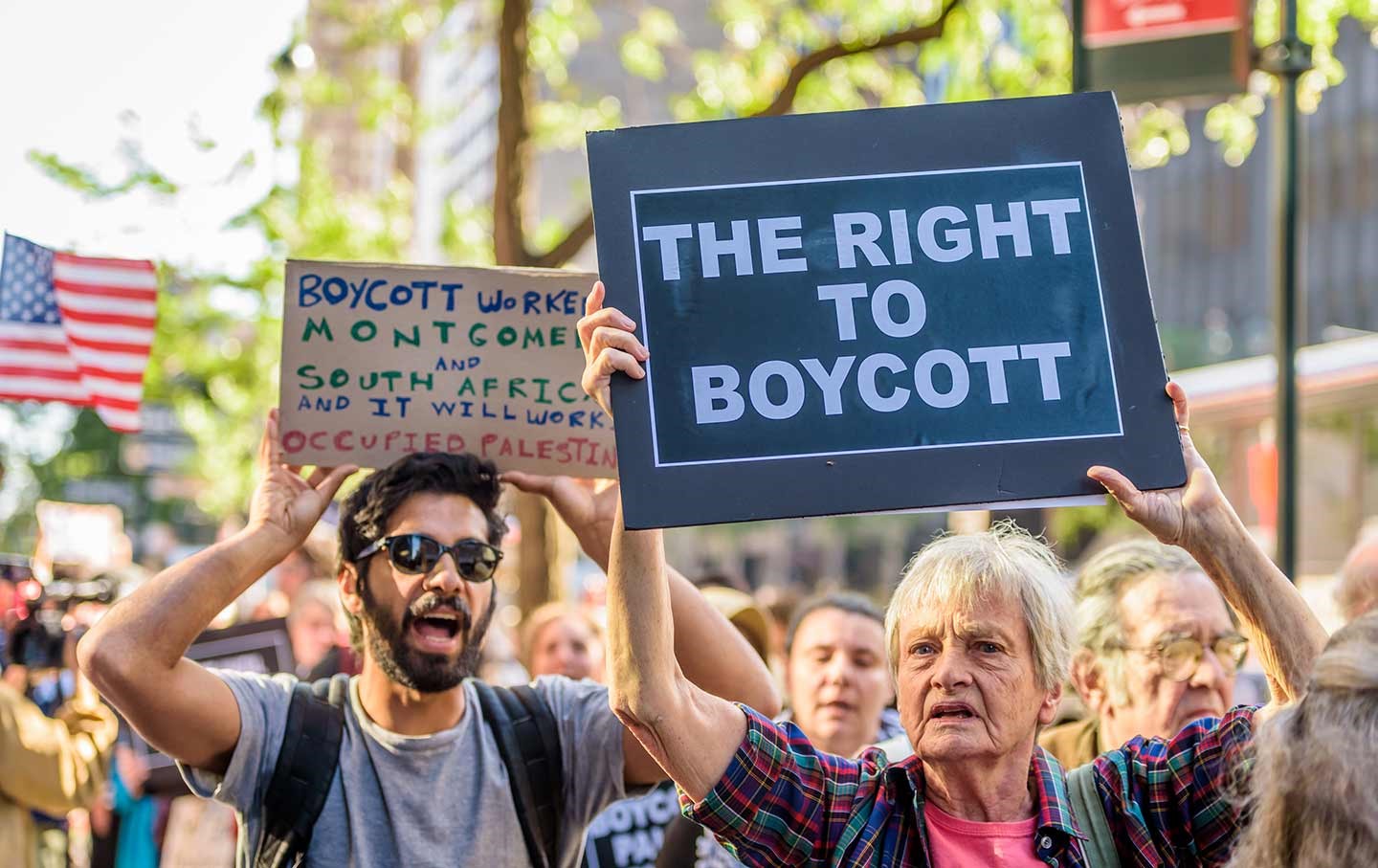 Trump is unabashedly supporting and shielding from accountability Israel’s far-right government as it shatters the lives and livelihoods of millions of Palestinians living under occupation and siege in Gaza; facing dispossession and forcible displacement in the occupied West Bank, including East Jerusalem; and denied equal rights in present-day Israel. Just two weeks ago, he escalated his incitement against supporters of Palestinian rights, attacking four new progressive members of Congress, all women of color, telling them to “apologize” to Israel and “go back” to their countries of origin, even though three of them were born in the United States.

Despite all this, Israel’s desperate war on BDS, fought with fabrication, demonization, and intimidation, as exemplified by this newly approved House resolution, is failing. Our hope remains alive as we witness an inspiring shift in public opinion in favor of Palestinian human rights, including in the United States. The ugly reality of Israel’s apartheid regime and its alliances with xenophobic and patently anti-Semitic forces are becoming irreconcilable with liberal and democratic values anywhere.

Led by communities of color, progressive Jewish groups, mainline churches, trade unions, academic associations, LGBTQI groups, indigenous justice movements, and university students, many Americans are abandoning the ethically untenable “progressive except on Palestine” stance. Instead, they are adopting the morally consistent principle of being progressive including on Palestine.

Being progressive today entails being morally consistent, standing on the right side of history by supporting us as we strive for our long-denied freedom, justice, and equality.

admin1 July 30, 2019 BDS, Justice for Palestinians BDS No Comments »
Why are there so many Zionist Jews on Trump’s Middle East team?
How Zionists use racial myths to deny Palestinians the right to go home