In recent years, Georgia has experienced troubling trends in fatal police shootings. As this has unfolded, the state continues to pursue a “police exchange” program with the state of Israel. – original post 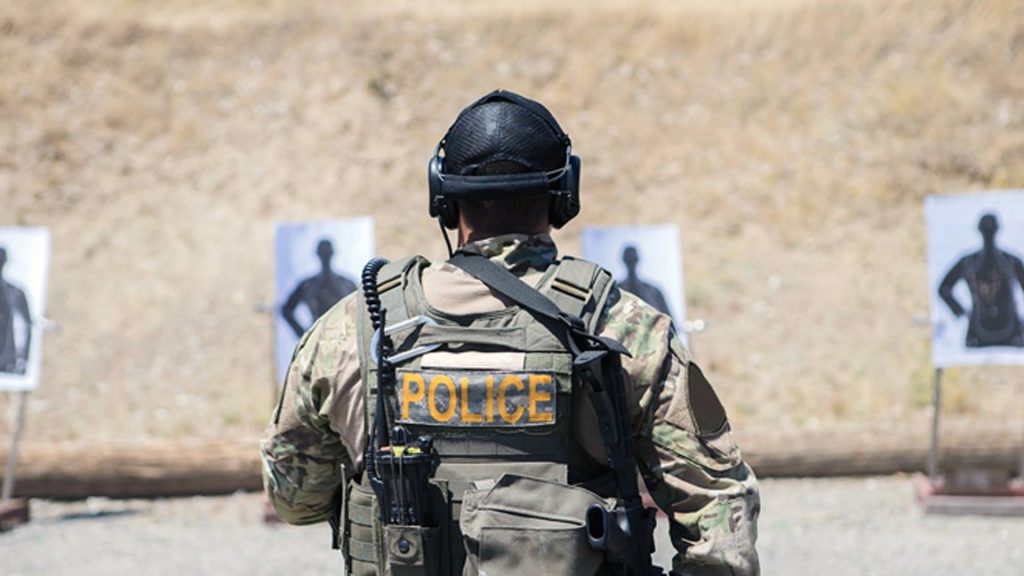 These incidents nearly doubled in the state, up 77 percent between 2017 to 2018. By May 2018, Georgia was already reportedly experiencing a more rapid rise in officer-involved shootings than the rest of the country. According to an investigation of deadly police shootings in Georgia, in the six years after 2010, 184 people were shot and killed by police; almost half of them unarmed or shot in the back.

As this has unfolded, Georgia continues to pursue a “police exchange” program with the state of Israel. Run through Georgia State University, the Georgia International Law Enforcement Exchange arranges for American law enforcement officials, corporate security executives, and police officers to engage in training, briefings, and seminars with governments including that of China, Colombia, Egypt, Hungary, Kazakhstan, Uzbekistan and the original and primary focus of the program, Israel.

For twenty-seven years, police departments in Georgia have received grants from the U.S. Department of Justice that subsidize these trainings. Since the program’s inception in 1992, it has trained at least 1,700 participants, including officers from the Atlanta Police Department.

Open records requests have forced program leaders to reveal some of its content topics, including border policing, community policing, and urban policing.

Activists in Georgia are pushing for an end to Atlanta’s police exchange program. Seventy local organizations and leaders—including our organizations, Jewish Voice for Peace-Atlanta and Project South—are demanding that Atlanta get out of these deadly police exchanges.

Among other objections, activists point to Israel’s clear record of human rights abuses and state violence toward Palestinians, Jews of color, and African refugees. According to the United Nations Office for the Coordination of Humanitarian Affairs, 2018 brought a 69 percent increase over the previous year in Israeli settler violence toward Palestinians, and a rise in Palestinian deaths and injuries in Gaza. In the year since 2018 Great March of Return demonstrations began, more than 190 Palestinians were killed and 28,000 were injured by Israeli Forces.

Regardless of how the Israeli government coalition is shaped after its recent elections, its two largest parties show no indication of ending the fifty-two-year Israeli military occupation of Palestine, nor its militarized tactics to control the Palestinian population.

This systematic repression of Palestinians by Israel warrants the U.S. public’s refusal to accept such training programs for their police departments. Racism and violence are endemic problems to police departments around the country, and the influence of Israeli military police trainings only threatens to exacerbate the problem.

Two examples of police violence in Atlanta bring this home. In 2006, one elderly Atlanta resident, Kathryn Johnston, was mistaken for a cocaine dealer and killed by SWAT team conducting a “No Knock” drug raid. In January 2019, twenty-one-year-old Jimmy Atchison was fatally shot in the face by Atlanta police—even though the robbery he was accused of may have never taken place.

The initial petition, created by a coalition of ten Durham organizations states that “the Israeli Defense Forces and the Israel Police have a long history of violence and harm against Palestinian people and Jews of color.” One coalition member said, “training [with Israel] makes it worse in terms of racial profiling and use of force in crowd control.”

The victory in Durham highlights a national movement that seeks to disband military and police training exchanges with Israel.

In December 2018, grassroots organizing efforts succeeded in forcing the Vermont State Police and the Northampton, Massachusetts police chief to pull out of a police exchange program managed by the Anti-Defamation League.

Clearly, many in Atlanta feel it must do the same.