Stand up to the U.S. Plan for “Peace to Prosperity.”

A diktat on behalf of Israel: Faith leaders and organizations stand up to the U.S. Plan for “Peace to Prosperity.” 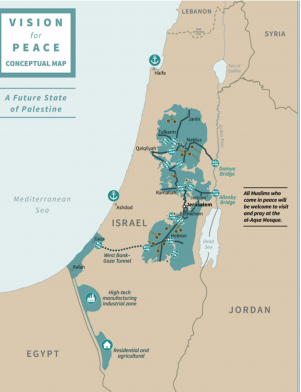 Last week the United States issued its “Deal of the Century” for Israel and the Palestinians, titled “Peace to Prosperity.” Faith leaders and church organizations in Palestine, the U.S. and across the world responded immediately with outrage and protest. “An insult to history, humanity, the Palestinian people, and American dignity itself” reads the statement from Kairos Palestine. The Palestine Israel Network of the Episcopal Peace Fellowship put it this way: “This plan is not a peace agreement or even a reasonably framed blueprint for a peace agreement: Palestinians themselves have had no say in its design, and there has been no negotiation between sides. The plan is rather a diktat imposed unilaterally by the United States on behalf of Israel to further Israel’s illegal consolidation of permanent control over all the territory of Palestine, from the Mediterranean Sea to the Jordan River.”

Go to Palestine Portal for complete coverage and access to the fifteen statements that have been released so far.